CHECK OUT
MY FREE MONTHLY E-MAIL NEWSLETTER
AND
MY NEW DOLLAR STORE!

MY BOOK ON TAX PLANNING AND PREPARATION ADVICE FOR NEW JERSEY STATE INCOME TAX RETURNS HAS BEEN UPDATED FOR TAX YEAR 2019! 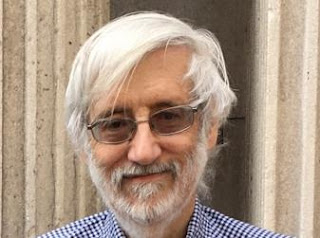 My name is Robert D. (for David) Flach.

I was born, in November of 1953, and raised, and lived most of my life, in metropolitan Jersey City, New Jersey, across the river from “the big apple”, county seat of Hudson County, once the “poster child” for political corruption (think Frank Hague and John V Kenny and the infamous Democratic Party political machine, where it was almost illegal not to vote Democrat, early and often, every year on Column A of the election ballot).  I also lived for relatively brief periods in Milburn, Summit, Stirling, and Watchung New Jersey.  In 2012 I moved to rural Hawley in Northeast Pennsylvania, about an hour from Scranton.

I have been preparing income tax returns for individuals in all walks of life since February of 1972.

My first encounter with income taxes came when I was in a freshman at a local Jesuit college.  I had taken the first half of Accounting 101, but had not taken any tax classes.  I had no experience with or education in any aspect of income taxes.  I had never even prepared my own simple returns.

My uncle’s tax professional, James P. Gill, hired college students during the tax season as “apprentice” preparers.  During his annual visit to have his return prepared, on February 12th (he would always go on Lincoln’s birthday), my uncle happened to mention that I had taken my first accounting course and that I was helping him with the books for the non-profit organization for which he worked.  Jim told my uncle to send me in to see about a job – and the rest is history.

On my initial visit to Jim’s office just off Journal Square in Jersey City (where the “Jersey Bounce” started) he took me to a desk, gave me a copy of a client’s previous year’s tax return and a briefcase full of papers that constituted the current year’s tax “stuff”, and told me to “jump in and swim”.
If I had a question, I would ask my JP, who would take the time to explain the answer or send me to find the answer in his CCH tax library.   So, I was self-taught via on-the-job training.  I learned how to prepare income tax returns in the very best way possible – by preparing income tax returns.  Back then there was no software – so I learned by preparing returns manually.  I firmly believe the best way to learn how to prepare returns is by preparing them manually.

In my 47+ years in “the business” I have never prepared a 1040, or any other tax return, using flawed and expensive commercial tax preparation software.  When asked what software I use I simply say “my brain”.  I am truly the last of the dinosaurs, one of a handful, if not the only, tax professional who still prepares all my 1040s manually.

The closest I came to using software was during my brief tenure as a “para-professional” for the then big-eight CPA firm of Deloitte Haskins + Sells back in the late 1970s.  I would fill-in an “input sheet” for a Form 1040 which was generated using Computax.  My reaction back then was that by the time I finished filling in the input sheet I could have actually prepared the return manually.

At a CPE session in San Antonio MANY years ago, conducted by legendary veteran tax pro and former director of the IRS Office of National Public Liaison (a division of the agency that serves as a link to tax professionals, business associations, taxpayer assistance groups, and federal agencies) Beanna Whitlock.  She asked the participants if anyone still prepared 1040s manually.  Of course, my hand was the only one that went up.  Beanna said she wanted to shake my hand - because I was the only one in the room who really knew how to prepare 1040s!

I do use commercial general ledger software, currently QuickBooks.  One thing I learned in transitioning from manual accounting to software back in the 90s – when paying bills manually for clients

I currently work out of a home office in my condo in Hawley and am winding down my practice, planning to officially retire after having completed 50 tax filing seasons.  For your information, I no longer accept any new clients.  This book is not being written as a way to attract new 1040 preparation business.  If you need a tax professional please don’t contact me – my answer would in every case most definitely be “no”.

I am also a writer.  I have written extensively about federal income tax planning and preparation, mostly aimed at the average middle-class taxpayer.

I've been writing the tax blog THE WANDERING TAX PRO (http://wanderingtaxpro.blogspot.com) consistently, except for an annual February through mid-April tax season hiatus, since July of 2001, after learning about blogging at that year’s annual conference of the National Association of Tax Professionals (I've been a member for over 30 years). And I also write the blogs AMERICANS FOR COMMON SENSE (https://bobflach.blogspot.com) and TRUMP MUST GO (http://denouncetrump.blogspot.com).

I have created the websites FIND A TAX PROFESSIONAL (https://www.findataxprofessional.com) and A TAX PROFESSIONAL FOR TAX REFORM (https://taxprosfortaxreform-com.webs.com).  I have also written articles and commentaries for the publications of the National Association of Tax Professionals and the newsletter of the NJ chapter and for the online portals THE STREET, TAXPRO TODAY, ACCOUNTING TODAY, and MEDIA FEED.  And I have written several books, guides and reports on tax planning and preparation and the tax preparation business.

I am available to write columns and articles on federal income tax planning and preparation for your online or print newsletters, publications or portals.  Email me at rdftaxpro@yahoo.com with “WRITING INQURY” in the subject line.

After the tax filing season, I enjoy travel, domestic and international, via all methods (car, bus, train, boat, airplane), hence my title as the “wandering” tax pro (also because my mind tends to wander), musical theatre, and watching British, Canadian and Australian tv mysteries on Acorn.tv.

Home
Subscribe to: Posts (Atom)
CHECK OUT MY ONLINE INTERVIEWS-

LEARN MORE ABOUT ME -

TAX PROS - CHECK OUT MY COMPILATION OF FORMS, SCHEDULES AND WORKSHEETS FOR USE IN YOUR PRACTICE -

IT IS VITAL FOR THE FUTURE OF AMERICA AND THE WORLD THAT -
TRUMP MUST GO!

CHECK BELOW TO SEE SAMPLES OF MY WRITINGS-

CHECK OUT MY TAX BLOG FOR THE AVERAGE MIDDLE-CLASS TAXPAYER -

AND MY OTHER BLOGS -
AMERICANS FOR COMMON SENSE
TRUMP MUST GO

AND MY OTHER WEBSITES -

A TAX PROFESSIONAL FOR TAX REFORM